So, here’s my list of the best alternative history novels written by women, presented in chronological order. 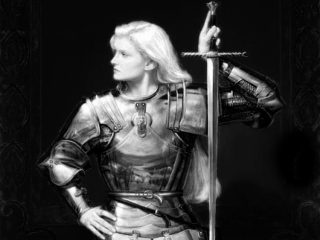 In an alternate Middle Ages, a female captain of mercenaries travels through Europe and the Middle East, trying to prevent an invasion of Europe by a Carthaginian army.

Written by Mary Gentle and published in 2000, Ash: A Secret History is a thousand-plus-page epic. In fact, it’s so long it’s also available in four parts: A Secret History, Carthage Ascendant, The Wild Machines, and Lost Burgundy.

A framing story concerns the translation from Latin of a fifteenth century manuscript which describes the life of Ash, a female mercenary captain. However, the history in the manuscripts doesn’t correlate with conventional history and the translator is drawn into trying to explain the anomalies.

Ash’s story diverges further and further from consensus history as a Carthage with advanced weapons attacks Europe inexplicably aiming to capture the French province of Burgundy. The translation itself becomes controversial and other academics attempt to prove the manuscript is a forgery. And in a clever and surprising ending, connections between the past and the present emerge.

Ash herself is a great character: strong and intelligent and completely in command of her troops, ruthless,  and at times brutal, but genuinely heroic.

An amazing novel and very unusual. 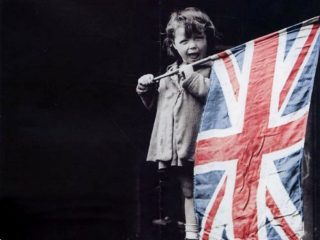 In a world where Nazi Germany didn’t attack the Soviet Union a British resistance fighter is betrayed and forced into a life as a slave to a Nazi household but plans to escape and take revenge.

Written by J. N. Stroyar (the pseudonym of a female academic) and published in 2001, The Children’s War like Ash: A Secret History is another huge novel – also over a thousand pages long. As you might expect from a novel written at such length, it’s complex, complicated and multi-layered, describing the full implications of a Europe under Nazi rule and the long-term effects of such a totalitarian society on individuals.

It’s thought-provoking and, despite the length, has more than enough narrative drive to keep the reader turning the pages. There’s also a sequel, A Change of Regime, which directly continues the story making the complete story even more vast in scope.

It’s a great book, and a huge, but worthwhile, investment of time. 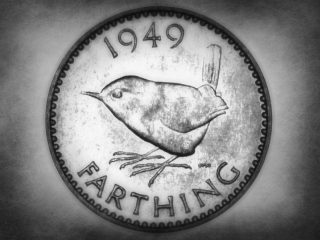 The Small Change Trilogy, written by Jo Walton and published from 2006 to 2008, is set in a Britain where the establishment overthrew Churchill in 1941 and made peace with Hitler. By the late forties, Britain is becoming more and more authoritarian and anti-semitic.

In Farthing an upper-class family tries to frame the Jewish husband of their estranged daughter for murder.

In Ha’penny Britain has become a dictatorship. An unholy alliance of all those opposed to fascism, from die-hard monarchists to the IRA, attempts to assassinate the Prime Minister.

Half a Crown is set in 1960. Fascist Britain is holding a peace conference in London to partition the world with the two other major powers, Germany and Japan. All three country’s leaders are attending, giving the resistance one last chance to snatch victory from the jaws of defeat…

Jo Walton twists a common alternative history cliché, Nazi victory, and proposes a much more subtle and realistic scenario. Her characters are well-drawn and the books are also beautifully written. 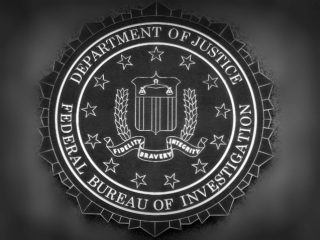 When the FBI director is murdered shortly after the assassination of President Kennedy a New York cop investigates but discovers that the establishment is more concerned with keeping the FBI director’s secret files from emerging than bringing the murderers to justice.

The Enemy Within was written by Kristine Kathryn Rusch and published in 2014. It’s set in the nineteen sixties, and looks at the implications of revealing the compromising secrets held by long-time FBI Director, J. Edgar Hoover. In reality, Hoover’s secret files were mostly destroyed on his death in 1972 and those remaining were declassified only in the early twenty-first century.

This alternate history scenario is the backdrop to a combination of murder mystery and political thriller  that ties in with the conspiracy theories surrounding the assassination of John F. Kennedy.

If you like political thrillers and alternative history you should read this. 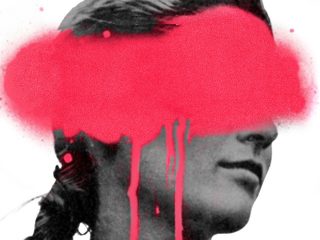 In a Britain that’s been part of the German Reich for over seventy years, a brainwashed schoolgirl on the verge of ice-skating stardom starts to question her loyalties after falling in love with a friend who’s being persecuted as a trouble-causer.

Written by Julie Mayhew and published in 2015, The Big Lie is set in 2013, in a UK defeated in the 1940s and occupied for so long that most people have forgotten living any other way.

As you’d imagine from the title, the novel is about lies: the lies totalitarian regimes tell, the lies people tell each other, and the lies people tell themselves. The protagonist, Jessika Keller, is desperate to please, desperate to fit in. Her friend, Clementine, is the exact opposite: a trouble-causer. But, despite everything, they’re attracted to each other. One way or another, lies are the only possible response.

The cleverness of The Big Lie isn’t really the alternative history scenario, which is a very common one, but the implications that it addresses. It’s concerned not with the military, politics or overt resistance, but with much more personal questions. It uses the alternate history to make us think about our own society, who we are, and how we want to live.

Aimed at a young adult audience, The Big Lie is a well-written thriller, that doesn’t give any easy answers.

Swastika Night written by Katharine Burdekin (under the pseudonym Murray Constantine) and published in 1937, is often described as an alternative history novel. Forgotten for decades, it has more recently been reappraised, mainly due to its feminist analysis of Nazism. It’s an interesting novel, but it’s not alternative history, it’s an example of paleofuturism.

To the reader, the differences between paleofuturism and alternative history are small, but:

Swastika Night describes a ‘Nazi Germany wins WW2’ scenario that reads like alternate history, and parts of it are set in what is still the future. However, Burdekin wrote it in the 1930s, so the author was looking forward, not back, and that makes it paleofuturism.

For more on the definition of alternative history see What is Alternative History?

In case you’re interested in reading these alternative history novels written by women here’s some links:

If you think I should have included any other novels in my list of the best alternative history novels written by women, please email me. Otherwise, please feel free to share the article using the buttons below.