American Assassin released in September 2017, starring Dylan O’Brien, and directed by Michael Cuesta, is an espionage thriller about a man who joins a CIA black ops unit, seeking revenge for the murder of his fiancé by terrorists.

A young American joins a deniable group of government assassins in the hope of revenge against the terrorists who murdered his fiancé. His first mission is to prevent one of his predecessors from building a nuclear weapon.

It’s the modern-day. Mitch Rapp is on holiday with his girlfriend and whilst on the beach proposes to her. She says yes, and he goes to get some drinks to celebrate with. While he’s at the bar a group of terrorists attack the resort and kill dozens of people, including Rapp’s girlfriend.

Eighteen months later, Rapp is a different man. He has spent his time learning armed and unarmed combat, and passing himself off as a Muslim would-be-jihadist to infiltrate the terrorist group that carried out the attack. Unknown to Rapp, this brings him to the attention of the CIA.

A month later, after extensively debriefing and evaluating Rapp, the CIA Deputy Director decides he’s an ideal recruit to her black ops team. She asks a veteran of covert operations, Hurley, to train Rapp.

Meanwhile, black marketeers have stolen some Russian weapons-grade plutonium. The CIA think that the Iranian government want to use it to make a nuclear weapon and then launch it at Israel. In Poland, a former protegé of Hurley’s, known as ‘Ghost’, kills the men who stole the plutonium and takes it for himself. To make a nuclear bomb Ghost needs three things: the plutonium, a ‘trigger’ and a nuclear physicist to put the bomb together.

Hurley’s team, and a CIA operative in Turkey, called Annika, stake out a weapons dealer who has a ‘trigger’. Ghost though grabs the trigger, kills some of Hurley’s team and escapes. Rapp, against orders, trails the arms dealer to his apartment and kills him. He also discovers that the money to pay the nuclear physicist is in a bank in Rome.

The team stake the bank out, spot the physicist picking the money up, and trail him to his hotel, hoping to ambush Ghost when he comes to pick the physicist up. Ghost though is still one step ahead and captures Rapp and Annika. Hurley rescues them, but Ghost escapes.

That evening, Rapp realises that Annika is an Iranian double-agent. She admits it, but says Iranian Intelligence is also trying to stop the faction in Iran which wants war with Israel. Hurley goes to meet the Head of Iranian Intelligence who confirms this, but is then shot by Ghost who also shoots Hurley in the leg and captures him…

Rapp [blackout]helps Annika escape from the CIA because she can help him find where the bomb is. In the meantime  the Iranians have flown in their own physicist to finish building the bomb. When the bomb is ready, Ghost kills all the Iranians – he has no intention of using the bomb against Israel. Instead he plans to use it to destroy the US Sixth Fleet, which is exercising in the Mediterranean Sea near Rome.[/blackout]

Rapp[blackout] and Annika attack Ghost’s base, and rescue Hurley, though Annika is killed and Ghost escapes on a speedboat with the bomb, heading out to sea towards the Sixth Fleet. Rapp gets aboard the speedboat and after a fight manages to kill Ghost.[/blackout]

The bomb [blackout]though is on an unstoppable timer. Rapp turns the speedboat away from the fleet and then throws the bomb into the sea. Hurley rescues him with a helicopter. the bomb explodes underwater, causing a huge wave that damages the Navy ships, but doesn’t sink them.[/blackout]

A few weeks later, [blackout]Hurley meets with the CIA Deputy Director, who asks him where Rapp is. Hurley says he doesn’t know. Finally, we see Rapp getting in a lift with the Iranian general behind the plot, implying Rapp is going to assassinate him.[/blackout] 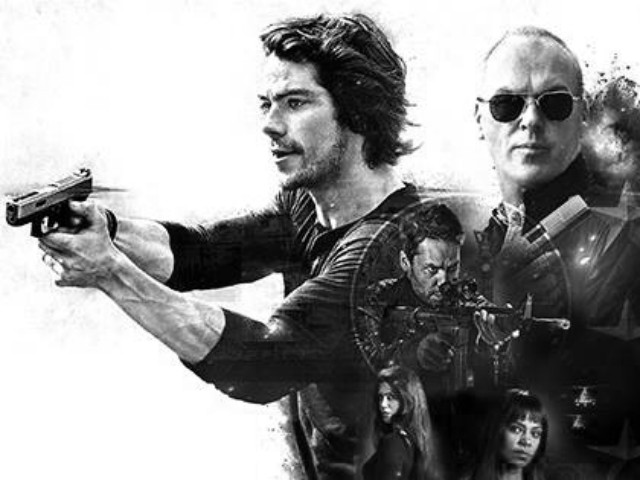 The thing that struck me while I was watching American Assassin is how it, and a lot of spy thrillers, reverse the real world.

In reality, the main problem is finding the bad guys. Once you know who to kill and where they are, actually killing them is straightforward, with our overwhelming numbers and firepower.

In movies like American Assassin the tricky bit is hand-waved. For example:

Okay, sure, to an extent this is the genre – American Assassin is an action thriller, but if we compare it with something based on reality, like Zero Dark Thirty, we see how contrived it really is. In Zero Dark Thirty it takes the CIA three-quarters of the movie (and in reality ten years) to find Osama Bin Laden. Once they do, the Navy Seals kill him without any particular problem.

To say American Assassin is predictable is putting it pretty mildly. There’s no real twists, or at least none that I didn’t see coming well in advance. There’s also a ton of spy film clichés, such as the:

The only relief from predictability is when it turns out that only some of the Iranians are evil.

Having said all that, at the level of popcorn excitement American Assassin works. There’s plenty of tension and excitement, and fighting and chasing. It does what it sets out to do. I thought it started better than it finished, but that’s true of a lot of action-thrillers – they do tend to end up in a big fight that the hero is obviously going to win.

American Assassin is based on Vince Flynn’s 2010 novel of the same name, which is part of a series of a dozen novels about the protagonist, Mitch Rapp, who later becomes a freelance, but CIA approved, hitman.

It’s by the numbers, but it’s good at what it does.

I usually post the trailer, but this time I’m not going to because it gives pretty much the entire plot away, including the ending. I know I do that too, but at least I [blackout]black out the spoilers.[/blackout]

American Assassin is currently in cinemas.

If you’d like to discuss anything in my American Assassin review, please email me. Otherwise, please feel free to share it using the buttons below.