American Made released in August 2017, starring Tom Cruise and directed by Doug Liman, is a black-comedy-thriller about a pilot who gets mixed up with the CIA and drug-smuggling, against the background of US attempts to destabilise Nicaragua.

When the CIA ask a pilot to fly clandestine missions in South America for them, he soon realises it’s an ideal cover for smuggling drugs into the USA. He has to play the CIA, drug cartels, law enforcement and even the White House off against each other to keep his operation running.

It’s the late 1970s. Barry Seal, is pilot for commercial airline TWA. When ‘Schaffer’, a CIA agent contacts him and offers him work flying clandestine reconnaissance over South America, Seal jumps at the chance. Schaffer purchases Seal a small plane with cameras installed and sets him up as an ‘independent aviation consultant’. Seal loves the more exciting flying, revelling in the danger.

Schaffer then asks Seal to start acting as a bag-man – taking money to, and collecting, intelligence from Panama. On one such run, a Columbian cocaine trafficking cartel picks Seal up and offers him huge amounts of money to fly cocaine on his return flights to the USA. Seal accepts and sets up a smuggling organisation flying the cartel’s cocaine to Louisiana.

Schaffer turns a blind eye to the drug smuggling. Eventually though the Drug Enforcement Agency manages to track Seal down. Schaffer warns Seal, who moves to a remote town in Arkansas called Mena.

Meanwhile the left-wing Sandinista movement has taken power in Nicaragua. This does not suit the USA’s foreign policy, so they start supporting a terrorist organisation called the Contras in the hope of destabilising Nicaragua.

Schaffer asks Seal to start running guns to the Contras. He does this, but quickly realises that the Contras have no interest in the guns he’s delivering, or in overthrowing the Sandinistas, so he comes up with a different plan. He delivers the guns from the USA to the Cartel, flies the Cartel’s cocaine to the Contras (who smuggle it into the USA) and flies Contra soldiers back to the USA for military training.

The CIA set up a Contra training base in Mena, but most of the Contras take their opportunity to immigrate to the USA and disappear. Eventually, the CIA become disillusioned with the whole  programme, shut it down and abandon Seal. As soon as the CIA stop protecting Seal, he’s arrested. This time though, he cuts a deal with the White House itself…

The ‘War on Drugs’

The White House [blackout]want evidence the Sandinistas are drug traffickers. The Cartel can then be broken up and the Sandinistas smeared. They ask Seal to run another smuggling mission and get photos that tie the Cartel to the Sandinistas. That’s difficult as the Contras are the ones actually working with the Cartel.[/blackout]

Seal [blackout]manages to get pictures that can be spun as implicating the Sandinistas and the Cartel. But instead of arresting the Cartel, the White House just releases the photos as propaganda against the Sandinistas. Unsurprisingly, the Cartel now want Seal dead. Also, as Seal is in the publicly released pictures, he’s arrested again.[/blackout]

Seal [blackout]is convicted, and given community service. Because of this he has to report to the same Salvation Army hostel each night. Eventually, assassins catch up with Seal and kill him. Schaffer then seizes all the evidence Seal has accumulated that implicates the CIA in drug smuggling.[/blackout] 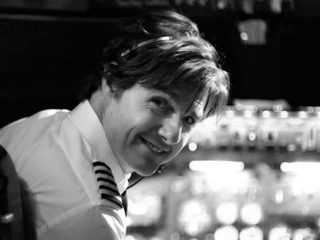 Judged purely as an example of the filmmaker’s art, American Made is excellent. Tom Cruise is well-suited to the part of Barry Seal. The screenplay is excellent, making a complicated and exposition-heavy story flow smoothly. It’s entertaining, amusing and gripping in equal measure, and the effects and stunts are nicely handled.

The issues I have with the movie are not based on its filmmaking but on its roots in reality.

American Made is very loosely based on the real life-story of CIA pilot Barry Seal. And I mean very loosely.

Amongst the things glossed-over:

To me, it’s questionable to make a story about a real life drug smuggler and then make it into a comedy.

In reality, almost all the characters in American Made were evil people, ruining people’s lives. The CIA’s actions in South America generally, and particularly in Nicaragua, were unconscionable – amongst the worst stains on its record. The Contras were vicious terrorists who murdered thousands of people. The White House was acting in violation of international law and even of its own laws in supporting them. Hundreds of thousands of people have died or had their lives destroyed in the drug wars.

I guess you can see American Made as a black comedy in the tradition of Breaking Bad, which also made little attempt to show the appalling consequences of drug trafficking. That’s true to an extent, but Breaking Bad does show the slow descent of a normal man into evil. American Made, in contrast, plays it for laughs, as if it was all just harmless japes and fun. There’s no attempt to show the dark consequences of the USA’s actions.

At one point in American Made, Schaffer says: “It’s not illegal if the good guys do it”, and that’s even being used as the tagline on the posters.

The thing with that is, when ‘good guys’ do evil things they aren’t the good guys anymore.

American Made: My Verdict

American Made is currently in cinemas.

If you’d like to discuss anything in my American Made review, please email me. Otherwise, please feel free to share it using the buttons below.