Amazon has had a lot of negative publicity about its ethics, and that’s led to some people looking for alternatives. In this article first I’m going to look at the criticism and assess how fair it is, and then I’ll suggest some alternatives to relying on Amazon.

What’s the Problem with Amazon?

Amazon barely pays any taxes at all, in the UK at least. In 2017, Amazon avoided taxes on almost 75% of its UK revenue (nearly seven billion pounds) by registering sales through a Luxembourg subsidiary. By shuffling its income around like this, Amazon’s tax rate ended up at 0.5%.

This is not okay.

There’s a variety of criticisms here: low pay, draconian working conditions, use of temporary and ‘gig’ labour, and attempts to prevent unionisation. To be honest, it’s not much out of the ordinary for a multinational company, but still it’s disappointing.

Amazon has used some ‘questionable’ practices to boost its sales and browbeat publishers and competitors. For example delaying the shipment of titles from major publisher Hachette to pressure it during a dispute over price-setting and revenue cuts, and demanding smaller publishers supply it with books at huge discounts.

The cost advantage of being internet-based is hardly exclusive to Amazon, and the high street changing to focus on leisure may be economically inevitable, but that’s no consolation to all the local businesses going bankrupt.

Is the Criticism of Amazon Fair?

It’s pretty hard to defend Amazon’s tax avoidance or its ruthless behaviour. “All big companies do this kind of thing,” is largely true, but it’s a fallacious argument. Just because everyone does something doesn’t mean it’s ethical.

On the other hand, Amazon has helped a lot of authors. If you read my article on how to get your book published you’ll see just how hard it is to get picked up by a commercial publisher. So, for unpublished and particularly genre authors Amazon has been a dream come true. It’s enabled thousands of authors to self-publish their work. For example, I’ve used Amazon’s KDP programme for all my self-published books, because there’s no realistic alternative to their print-on-demand service.

Admittedly, Amazon is perhaps less help to authors writing literary novels. Amazon is entirely a commercial company and literary quality is irrelevant to them. If something sells then it’s good, if it doesn’t sell then it’s bad. But if you’re producing “art for art’s sake”, can you logically complain about Amazon being less high-minded?

I’m not sure there’s any weight at all in the argument that Amazon is bad for authors. Bad for bookshops, definitely. Bad for commercial publishers, sure. But, it’s probably good for authors. 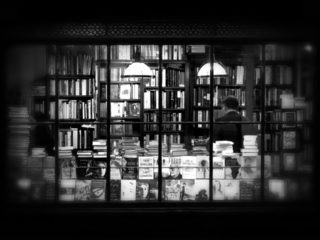 The advantage of local bookshops is that they’re nice places, where you can browse real books. They also often have literary events, reading groups, storytelling and author signings, none of which Amazon offer. Nowadays many of them have a café too, where you can relax and read your book or meet friends.

The disadvantage, inevitably, is that local bookshops don’t get the bulk discounts that Amazon do, so they’re usually more expensive.

And again, inevitably, a local bookshop can’t hold anything like the stock that Amazon does, although they can order any commercially published book that’s still in print for the following day, so it’s not that different, really.

In the end, if you want your local bookshop to survive, you are going to have to use it, even if it is a bit more expensive.

If you aren’t sure where your local bookshop is, check the Independent Bookshop Finder. 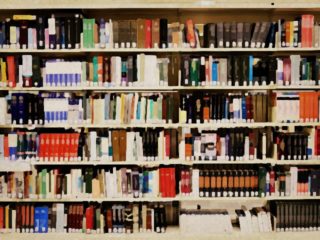 Libraries have what you’d think would be an insurmountable competitive advantage: they’re free.

Like a local bookshop, the local library might have a limited stock on hand, but you can order and reserve books from elsewhere in the library system (usually online) and a few days later you can pick them up.

And, in the UK at least, you’re even supporting the author by getting their book from the library! Because of a scheme called ‘Public Lending Right’ run by the British Library, every time you take a book out from a library the author gets a small amount of money (8.5p at the moment). It’s a bit of pocket-money for most of us, and the scheme tops out at around £6,000 a year for even the most popular authors, but at least it’s something.

I’m actually a bit lost about why people don’t use libraries more.

If you aren’t sure where your nearest library is, check on WorldCat’s Library Finder. 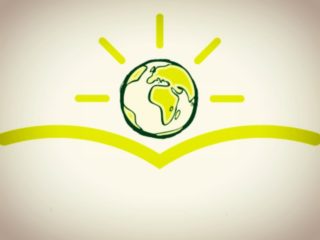 Some people have an irrational fear of secondhand books.

Maybe it’s because they’re sometimes creased, dog-eared, or stained. Some people just don’t like the idea that they “don’t know where it’s been”.

On the other hand, secondhand books are usually very cheap. This is especially true for novels, where secondhand prices are a small fraction of the original cost.

And, of course, secondhand is often the only way to get older books. I’ve been collecting John Le Carré first editions for years, for example, and they’re only available secondhand.

The only trouble with secondhand books is that you’re not supporting the author, because we get nothing when a secondhand book changes hands. But, personally, I’d rather people read a secondhand copy of my book than not read it at all – and at least someone bought it in the first place.

Charity shops are great if you want to browse. Hopefully serendipity delivers you something great and not yet another copy of Fifty Shades of Grey or The Da Vinci Code. But, if you want a specific book or need the convenience of internet shopping, there are several online secondhand booksellers. A few of the bigger ones are: World of Books, Better World Books and Oxfam Books.

And a note: AbeBooks, one of the biggest online secondhand booksellers, is owned by Amazon. 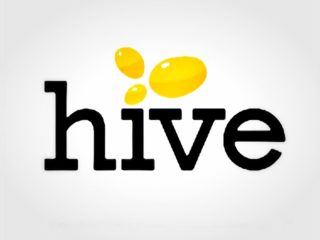 Hive is a website that tries to compete online with Amazon while supporting local bookshops.

You can order books from Hive’s website and have them delivered to your local bookshop for collection, or you can have them posted to you.  And, even better, if you buy from Hive, your nearest independent bookshop receives a percentage of the sale.  So, even though you’re buying online, your local bookshop benefits too.

Using Hive has the advantage of convenience and the emotional benefit of feeling like you’re supporting your local bookshop. 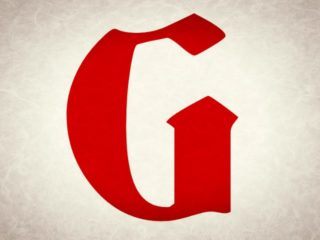 Gutenberg releases out of copyright work as eBooks, and it does it entirely for free.

How’s that possible? Is it legal?

Yep, it’s entirely legal, because that’s how copyright works. In almost all countries, the author’s copyright expires seventy-five years after they die. So, if an author died before 1945, you’ll probably find their books on Project Gutenberg.

Obviously, this has the disadvantage that you can’t get recent books, but Jane Austen, Charles Dickens, Tolstoy, James Joyce, Conan Doyle, the Brontës, H.G. Wells (to name just a few)? They’re all on Project Gutenberg.

Currently Project Gutenberg has over 58,000 free eBooks available, including just about any classic novel you can think of.

Not an Ethical Alternative: Pirating 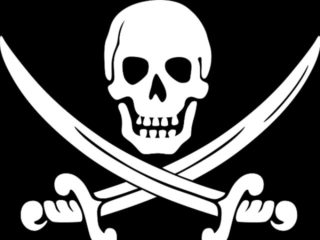 If you’re reading this article you’re interested in ethics.

Now, lots of people use pirate sites to get books for free, and some people try to justify that with variations on “Amazon is unethical!”

Because two wrongs make a right, huh? Do you really need me to explain why that isn’t true?

If you pirate books, don’t kid yourself that Amazon’s behaviour somehow makes it ethical. That’s just a self-serving rationalisation. There’s nothing ethical about it.

If you pirate books you’re directly stealing money from the authors who, by the way, probably make less money than you do. Authors are not rich people. Yes, J.K. Rowling is a billionaire, but the rest of us aren’t. Seriously, the average author makes less than £10k a year from writing.

Pirating books is ethically worse, much worse, than using Amazon. Use one of the easy and ethical alternatives to Amazon above to feed your book habit instead.

Oh and, apart from being utterly unethical, most ‘free books’ sites are scammers who download viruses to your computer and steal your credit card details. Don’t say I didn’t warn you.

Is Not Using Amazon Realistic?

For the book buyer, Amazon has two immense advantages: it’s convenient and it has low prices.

For some books, like self-published novels, Amazon is also often the only place to buy them at all. I’m not convinced it’s ethical to refuse to buy a new author’s work on Amazon considering that you’re hurting the author far more than you’re hurting Amazon.

So, Amazon is difficult to avoid completely, but it’s entirely possible to find alternatives for much of what they do. None of the options are on their own going to deliver everything Amazon does, but in combination they might.

Some of the options I’ve outlined above, e.g. Hive, are just as convenient as Amazon. Some of them are convenient and cheap, e.g. online secondhand booksellers.

And books from public libraries and Project Gutenberg are free – you can’t get any cheaper than that.

In the end, the options are there and whether and how much you move away from Amazon is up to you.

If you have any other ideas for ethical alternatives to Amazon, please email me. Otherwise, please feel free to share the article using the buttons below.