The Final Countdown is a time-travel movie from 1980, starring Kirk Douglas and Martin Sheen. It’s often described as an alternative history movie, though technically it isn’t. Despite that, it has gathered a cult following over the years.

When a modern aircraft carrier arrives near Pearl Harbor in 1941 and discovers the Japanese ready to attack, the time-travellers must decide whether to change history by destroying the Japanese fleet.

It’s 1980. In the Pearl Harbor naval base, the USS Nimitz is preparing to leave for routine patrol of the Pacific. The aircraft carrier is under the command of Captain Matthew Yelland and his second in command, Richard Owens. A Department of Defence attaché, Warren Lasky, joins the ship to observe procedures.

While at sea, a vortex-like phenomenon of unknown origin engulfs the Nimitz. When it emerges from the vortex, the Nimitz has lost contact with Pearl Harbor. Assuming a nuclear war must have broken out, the Captain orders his aircraft to reconnoitre. They return with bizarre photographs of Pearl Harbor – undamaged but full of WW2-era warships.

Shortly after this, the ship’s radar picks up a contact. Two fighter jets investigate and discover WW2 Japanese fighters attacking a civilian yacht. The jets shoot the Japanese fighters down and the Nimitz rescues the yacht’s survivors and one of the Japanese pilots. When the survivors board the Nimitz, Owens recognises Senator Chapman – a politician who disappeared in 1941. Chapman was expected to become Vice President of the United States and so would have become President in 1945 when Franklin Roosevelt died.

Reluctantly, the Captain accepts that the vortex has somehow transported the Nimitz back to the sixth of December 1941: the day before the Japanese attack that started WW2.

Further reconnaissance flights reveal the Japanese fleet in position to attack Pearl Harbor. The Captain asks his senior officers their opinions. Owens says Nimitz can easily destroy the Japanese fleet but Lasky argues that tampering with history could be dangerous. Even saving Senator Chapman may mean he becomes President, with unpredictable consequences. Destroying the Japanese fleet could result in the Nimitz never being built, creating a time paradox. The Captain states that he has a duty to defend the USA, whichever time he finds himself in.

The Japanese pilot grabs a weapon and takes Senator Chapman prisoner. He demands access to a radio so he can warn the Japanese Fleet about the Nimitz, but he’s shot by marines.

Senator Chapman demands a radio to warn Pearl Harbor but, when he contacts the navy base, they don’t believe him. He demands that the Captain allows him to go to Pearl Harbor to warn it in person.

Concerned that Senator Chapman will alter history by becoming President, the Captain orders Owens to drop Chapman on an isolated island, from which he will eventually be rescued. Owens takes Chapman by helicopter but, realising he has been tricked, Chapman grabs a flare gun and fires it, destroying the helicopter. Owens ends up stranded on the island.

Now, the Captain must decide whether to destroy the Japanese fleet, risking a time-paradox, or to stand aside…

Eventually, [blackout]he orders a full-scale strike against the Japanese carriers.[/blackout]

However, [blackout]before the strike reaches the Japanese fleet, the vortex returns. It sends the Nimitz and its crew back to 1980.[/blackout]

Back [blackout]in 1980, Lasky meets a much older Owens, who was left in 1941 and used his knowledge of the future to create the Nimitz[/blackout]. 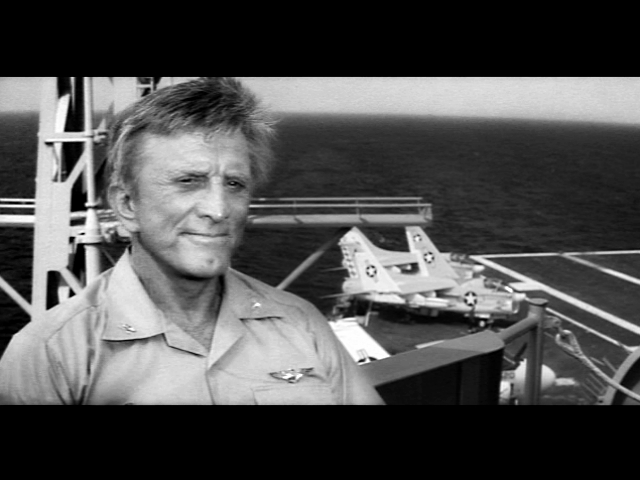 Some people describe The Final Countdown as an alternative history movie, but I disagree. I define it as a time travel movie or, at the most, a secret history movie.

As the ‘time vortex’ moving the USS Nimitz to 1941 is a point of departure, The Final Countdown is potentially an alternative history. The difference though is the scope of the story.

If the Nimitz had stopped the Japanese attack on Pearl Harbor, then The Final Countdown would be an alternative history movie. But it doesn’t.

However, there’s a hint that Owens, stranded in 1941, used his knowledge of the future to create the USS Nimitz. This makes The Final Countdown a secret history story.

By modern standards, The Final Countdown is quite a slow film. There’s a lot of what looks almost like stock footage of aircraft, helicopters and US Navy crewmen just doing their jobs. One sequence, of an aircraft making an emergency landing, seems to have nothing to do with the rest of the movie.

I also felt that not enough was made of the danger of a time paradox. It felt to me like the screenwriters got a bit lost in the complexities of the scenario. For example, it makes no sense to attempt to isolate Senator Chapman to stop him changing history, whilst at the same time radically changing history by attacking the Japanese fleet.

Finally, the ending of The Final Countdown is an anti-climax. The whole story feels like it’s setting up a battle between the Nimitz and the Japanese fleet. Obviously, the budget didn’t allow for that, and so the film doesn’t really deliver on the promise it made its audience. 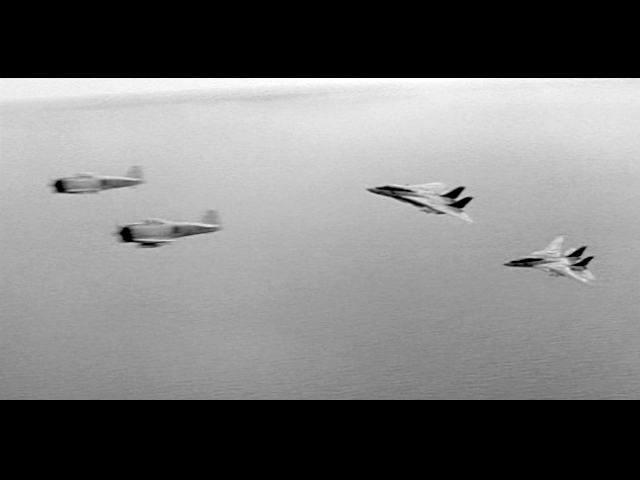 “What would have happened if the Nimitz remained trapped in 1941?” is the alternative history scenario raised, but not entirely delivered, in The Final Countdown. That scenario was explored in fan fiction on AlternateHistory.com (see here). The story describes the battles the Nimitz could have fought and looks at the issues it would face, such as keeping its reactor going and its aircraft flying with no access to spare parts or fuel.

John Birmingham used a very similar scenario to The Final Countdown in his alternative history novel Weapons of Choice. In Weapons of Choice a multinational Task Force from 2021 is transported to 1942, just before the Battle of Midway. The modern ships radically change history, with consequences explored in two further novels.

The reverse scenario, in which a modern Japanese destroyer, the JDS Mirai, is transported to the Battle of Midway, is explored in the manga and anime, Zipang. In Zipang, the Japanese crew attempt to avoid altering history, but find it impossible.

The Final Countdown: My Verdict

Worth a watch. Enjoyable enough as it is, but begging for a reboot/reimagining.

The Final Countdown is available on Amazon US here and Amazon UK here.

If you’d like to discuss anything in my The Final Countdown review, please email me. Otherwise, please feel free to share it using the buttons below.