What is Alternative History?

Stories set on Earth, although it may be an Earth that might have been, or might yet be, one that has gone down a different leg of the famous trousers of time.

But doesn’t “an Earth that might have been, or might yet be” include a lot of things? Wouldn’t it include superhero or vampire stories, for example, or almost any science fiction? Do we need a better definition of alternative history?

There are three common elements:

A Point of Departure is a single incident that’s not the same in the alternative world as it was in the real world.

So, alternative history is the answer to the question, ‘What if?’ As in, ‘What if Napoleon won the Battle of Waterloo?’

See How to Use Point of Departure for more details.

The four types of alternative history are, in descending order of rigorousness: 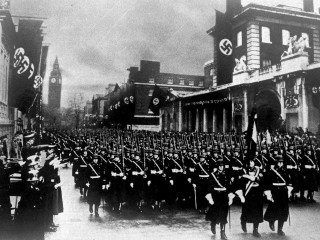 Some academic historians research and make cautious speculations on the possibilities of ‘what might have happened’. The historians who write counterfactual history books write them as non-fiction: articles, essays or chapters in history books.

Despite their caution, these ‘counterfactual histories’ are dismissed as frivolous by many historians. Others see value in them, as considering alternative outcomes helps to illuminate the consequences of real decisions and events.

Counterfactual history and plausible alternative history can easily be confused, as some alternative history writers use the ‘history book’ format as a conceit. Counterfactual history though is fundamentally interested in examining the point of departure itself and its historical importance. In contrast, alternate history writers are more interested in developing the hypothetical events that flow from the point of departure.

One counterfactual history book is: Virtual History: Alternatives and Counterfactuals, edited by Niall Ferguson. It includes essays on a still-born American Revolution, Home Rule for Ireland in 1912, Kennedy surviving his assassination, etc. 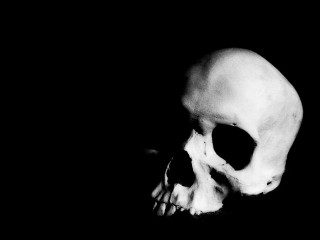 In plausible alternative history, the author takes realistic constraints into account and doesn’t ignore known facts. It takes as a point of departure:

Likely outcomes include things like close fought battles being won instead of lost or assassination attempts on important figures succeeding. For example, what if:

The altered choices are political or military strategies that were planned but not carried out.  For example, what if:

The small events can be things like messages going astray, or being intercepted, weather being different, lucky breaks and accidents. For example, what if: 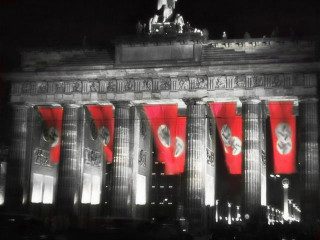 Hand-waving alternative history includes semi-plausible but unlikely scenarios. Some authors, particularly mainstream authors dabbling in alternative history, don’t explain the point of departure at all. Others attempt to describe how history changed, but either don’t address the plausibility issues or dismiss them. 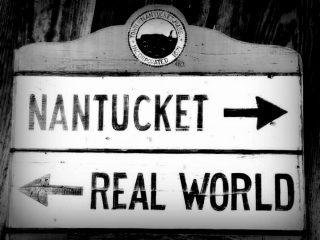 Implausible alternative history uses a point of departure that could only occur through supernatural phenomena or extremely advanced technology. Although the scenarios are effectively impossible they can lead to unusual and fascinating stories.

There are several genres of fiction that are often confused with alternative history. 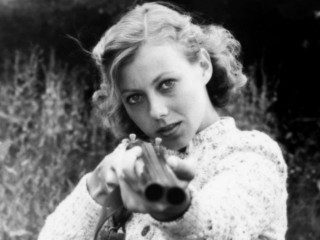 Secret history is fiction that supposedly shows ‘what really happened’ or ‘what happened behind the scenes’. It includes fictional explanations for the cause of real events and incidents that the author claims were hushed up.

Many thrillers are secret histories. For example, The Eagle has Landed describes an assassination attempt on Churchill. Jack Higgins presents the story as ‘based on fact’ and has a clever explanation of why the assassination was not recorded by history. It’s a great thriller, but it’s secret history. 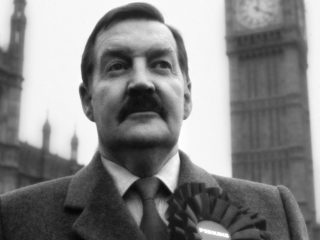 To the reader, the differences between paleofuturism and alternative history are small, but:

Almost any novel written in the 19th or 20th century but set in ‘the future’ is now paleofuturism. For example, A Very British Coup, by Chris Mullen describes attempts to destabilise a socialist government in Britain in the 1990s. It now reads like alternative history, but Mullen wrote it in the 1980s, so it’s actually paleofuturism.

Swastika Night written by Katharine Burdekin is an interesting case. It describes a ‘Nazi Germany wins WW2’ scenario that reads like alternate history, and parts of it are set in what is still the future. However, Burdekin wrote it in the 1930s, so I’d still describe it as paleofuturism, as the author was looking forward, not back. 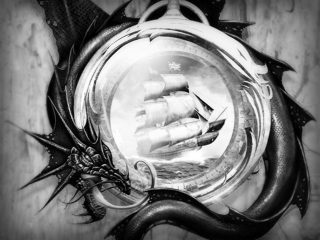 An ‘alternate world’ could be an Earth where things like magic, superheroes or vampires, exist. Unlike alternative history though, in a fantasy world the unreal exists without any major implications for the world, which seems to carry on its usual course regardless.

For example, His Majesty’s Dragon / Temeraire, by Naomi Novik, is set during the Napoleonic Wars, but in a world where dragons exist. In the novel, the world and its history is exactly the same as in the real world until the events of the story. In an alternative history novel, a world full of dragons would have made history completely different.

However, some superhero stories are alternative history. In Watchmen, for example, Doctor Manhattan’s existence radically alters the world. The What If? and Elseworlds comics are also alternate history, but within the pre-existing history of the fantasy world not the real world. 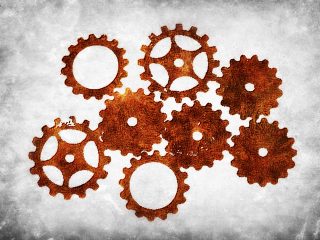 Steampunk stories are set in a Victorian Age that features advanced technology but powered by steam or chemicals rather than electricity.

There’s not necessarily a theoretical difference between a steampunk story and alternative history. In practice though, most steampunk is set in a fantasy world – there’s rarely any point of departure and the authors wave any plausibility questions away.

One steampunk story that is a hand-waving alternative history is The Difference Engine by William Gibson and Bruce Sterling. The point of departure is that Charles Babbage receives funding to complete his mechanical computer, which in the real world he didn’t.

Steampunk is great, and lots of fun, but it’s its own genre. 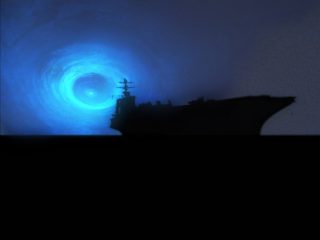 The difference between a time-travel story and an alternative history is the scope of events.

For example, in the movie The Final Countdown,a modern aircraft carrier arrives in 1941 and discovers the Japanese fleet ready to attack Pearl Harbor. If the time-travellers destroyed the Japanese fleet, and so changed history, then it would be an alternative history movie. But, due to a plot device, they don’t, making the movie a time-travel story.

Other Things that aren’t Alternative History 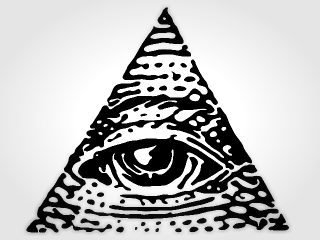 Some people propose what they call alternative histories, such as how secret societies like the Illuminati are responsible for manipulating events throughout history.

The amount of imagination people show in inventing conspiracy theories is amazing, but as in hand-waving alternate history, they tend to ignore plausibility issues to reach their desired goal.

An interesting example is The Tears of Autumn, by Charles McCarry. McCarry weaves a beautifully-written novel around a conspiracy theory about the assassination of John F Kennedy. Apparently, the author believed the theory but felt he could only present it as fiction.

Recently some political commentators have started calling differing narratives about what happened in the past ‘alternative histories’. This would be more accurately called ‘post-truth history’ – convenient, and emotionally satisfying, lies about what happened in the past. Post-truth history has nothing to do with alternative history.

Revisionist history is a completely different thing to alternative history. It’s a pseudo-science practised by holocaust deniers and other neo-Nazis attempting to ignore reality and minimise the horrifying nature of Hitler’s regime. Like ‘post-truth history’, it’s lies about what happened in the past and has nothing to do with alternative history.

So, now we have a definition of alternative history:

And we’ve narrowed down the genre by showing the differences with other genres:

If you have any thoughts on alternative history, please email me. Otherwise, please feel free to share the article using the buttons below.