As an author, one my favourite things about writing is putting my characters in the cockpit of fictional aircraft. There’s something fascinating about being able to imagine “what if?” and then write it.

So it was great fun for me to research my favourite fictional aircraft, their real-world inspirations and their appearances in movies and novels. And in the end I was able to narrow it down to a top ten.

First, the aircraft that didn’t make it into the top ten. It was hard to pick a top ten because there are more than ten iconic fictional aircraft. Here’s the ones that didn’t make it, along with comments on why I didn’t include them. 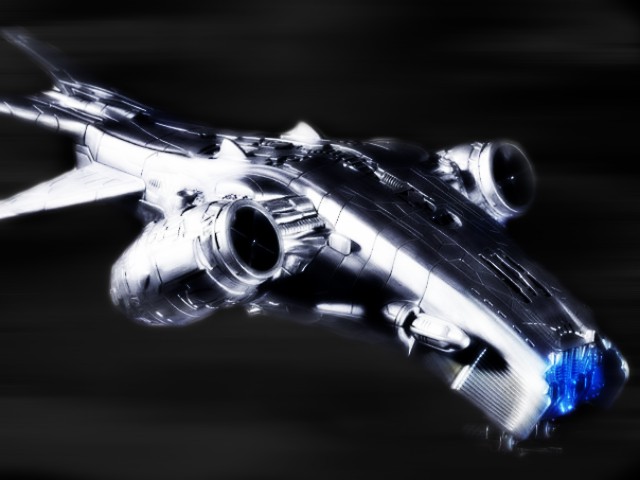 In Terminator, the hunter-killers are Skynet’s ground-attack aircraft, armed with multiple lasers, missiles, and plasma cannons. There are several variants: patrol craft massive and heavily armed bombers and troop transporters. 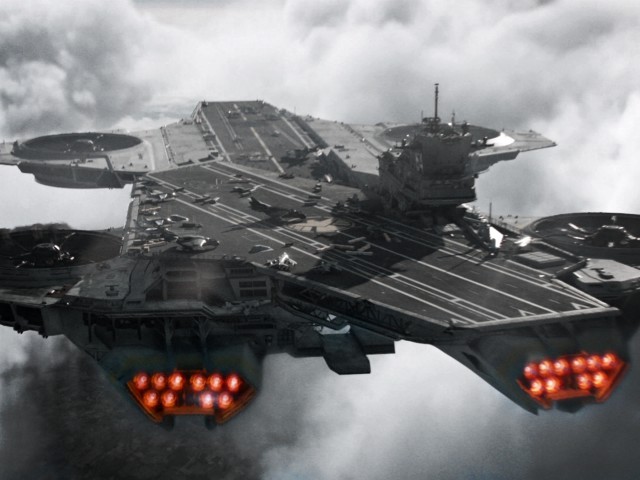 Speculative fiction seems to have a perennial fascination with flying aircraft carriers. The British have a fleet of them in the desielpunk movie, Sky Captain and the World of Tomorrow. There’s the Cloudbase in Captain Scarlet and there’s the Valiant in Doctor Who, to mention just a few.

But the coolest looking flying aircraft carriers are the SHIELD helicarriers from Marvel’s Avengers movies. They play a particularly prominent role in Captain America: Winter Soldier. 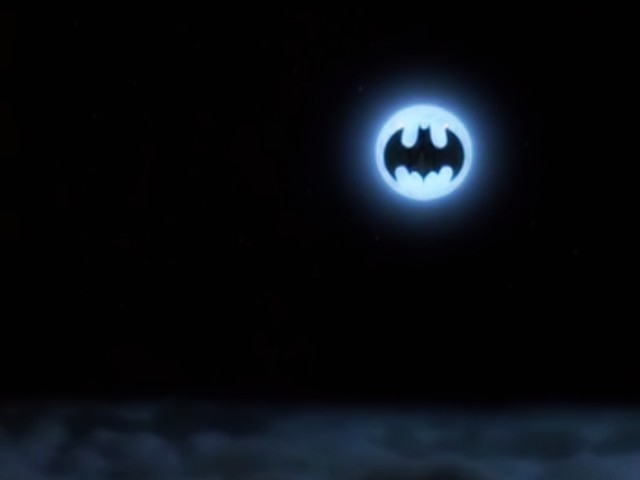 There have been a lot of Batplanes, ever since Batman first appeared in comics. The very first was a sort of autogyro. The latest was ‘The Bat’ from The Dark Knight Rises.

My favourite though is the Batwing from the 1989 Batman movie, especially for its appearance in the iconic shot above. 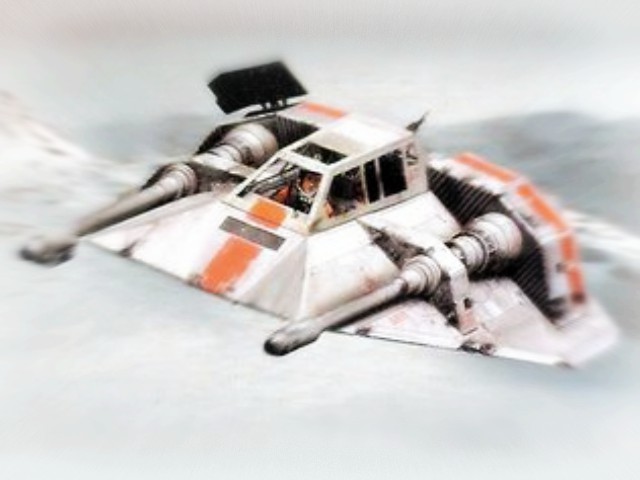 In the Star Wars franchise, T-47 airspeeders are ground attack aircraft. The Rebel Alliance modified some airspeeders to suit the extreme cold of the planet Hoth and called the cold-adapted aircraft ‘snowspeeders’. The rebels equipped their snowspeeders with lasers and a harpoon.

The snowspeeder first appeared in the opening sequence of The Empire Strikes Back, with Luke Skywalker using a snowspeeder’s harpoon to bring down heavily armoured Imperial transporters. 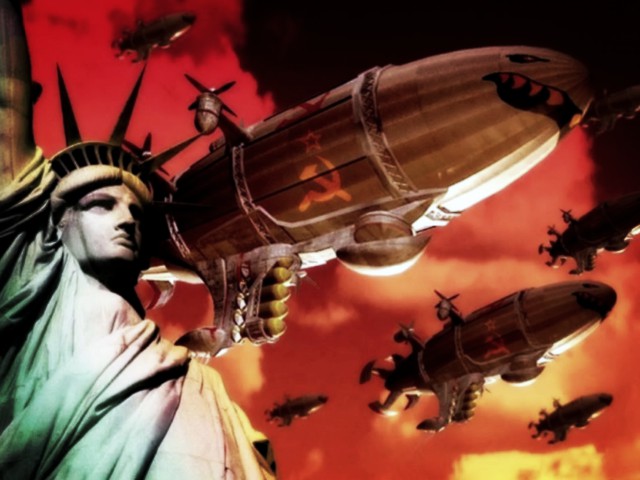 An establishing shot of an airship has become a standard shorthand in movies for “this is an alternate world”, and their widespread usage is seemingly mandatory in any alternate history novel.

My favourites though are the Kirov armoured zeppelins in the Red Alert games. The Kirov are heavy bombers with the immortal line as they flatten your carefully built up base in a rain of high explosive: “Kirov reporting”. 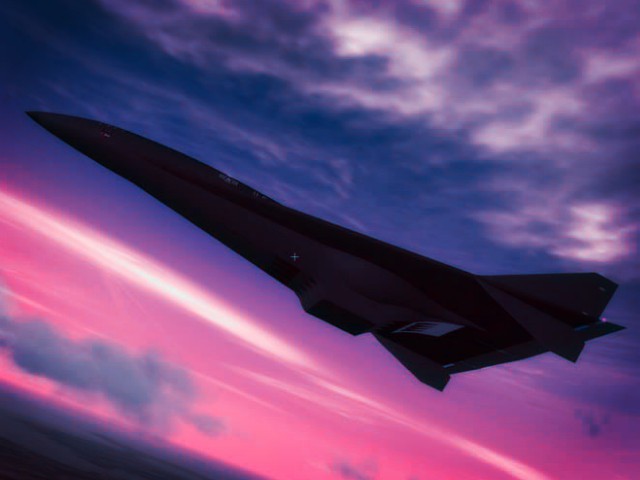 The Aurora is a curious fictional aircraft, because it didn’t become popular because of a movie or novel, but as the result of a conspiracy theory.

In 1985 the USA included an allocation of $455 million for ‘Project Aurora’ in its budget for secret projects. This rose to billions of dollars in the late eighties. There was also a mysterious jump in the USA’s fighter codes, from F-18 to F-20, prompting more speculation.

So, during the mid-1990s when unusual contrails, and sonic booms were observed over both the USA and UK, it seemed like the Aurora was real. Some people thought it might be a reconnaissance aircraft to replace the soon-to-retire SR-71 Blackbird. Rumour had the Aurora powered by pulse-wave-detonation engines and capable of over five times the speed of sound.

The Aurora plays a major part in my novel Angel in Amber, and Matthew Reilly mentions it in Area Seven. 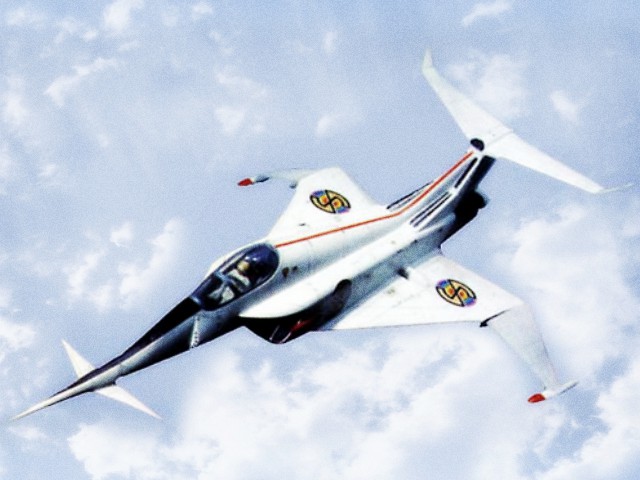 In Captain Scarlet and the Mysterons, the Angel Interceptor is a single seat, vertical take-off, jet fighter aircraft.

Another one from Gerry Anderson, the Angel Interceptor certainly looks the part. 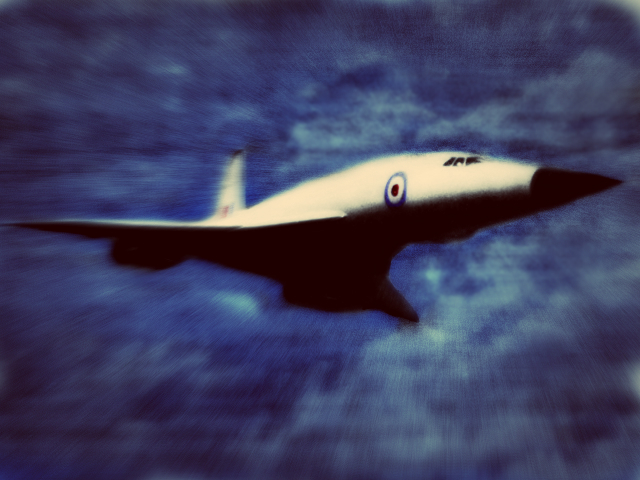 In my novel A Kill in the Morning, the Avro Vanquish is a supersonic bomber developed from the earlier Avro Vulcan. It utilises upgraded Bristol Siddeley Olympus engines fitted with an afterburner to give almost double the power of the original Vulcan engines. The Vanquish flies at Mach Two (one thousand three hundred miles per hour) with a combat ceiling of fifty-eight thousand feet. Its primary operational payloads are the Blue Danube nuclear weapon and the Grand Slam earthquake bomb. 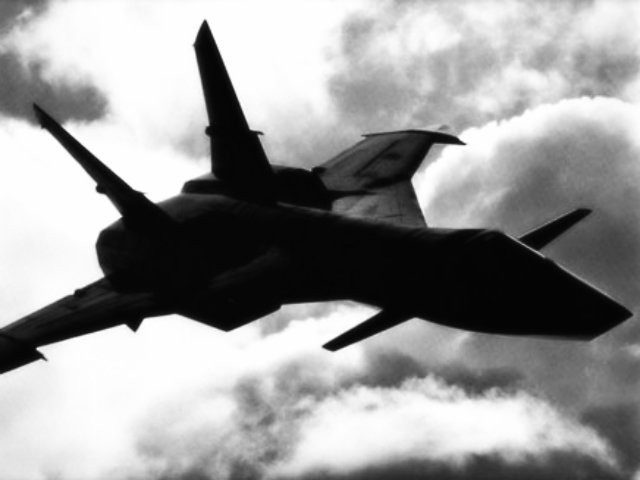 In the novel Firefox, by Craig Thomas, the Soviet Union has developed a revolutionary new fighter, the MiG-31 ‘Firefox’. The Firefox flies at five times the speed of sound, is invisible to radar, and its pilot controls the weapons by thought. Because of defence cuts, the West is ten years behind, and their air defences are now obsolete. In desperation, Britain’s MI6 makes a plan to steal the Firefox and fly it to the West. There, they hope to reverse-engineer the Firefox and catch up again. 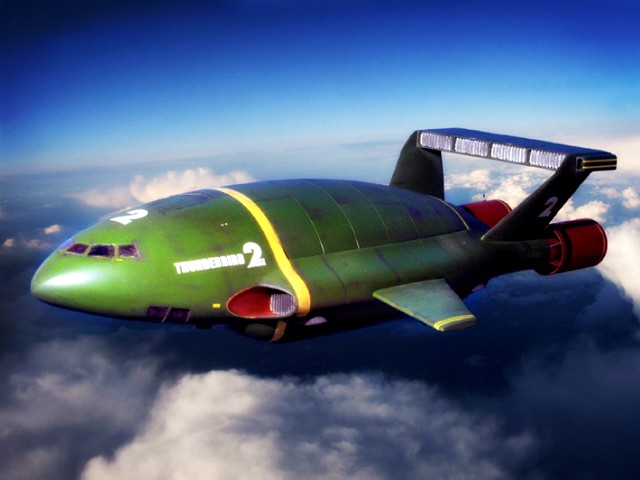 In Thunderbirds, Thunderbird 2 is International Rescue’s heavy equipment transporter, able to carry a variety of rescue vehicles in its interchangeable pods. Virgil Tracy – the most artistic of the Tracy brothers – flies Thunderbird 2, sometimes assisted by other members of the team.

The most iconic Thunderbird, and my personal favourite of all the fictional aircraft here.

If you think I should include other fictional aircraft in my top ten then please email me. If you like these ones then please feel free to share them using the but­tons below.